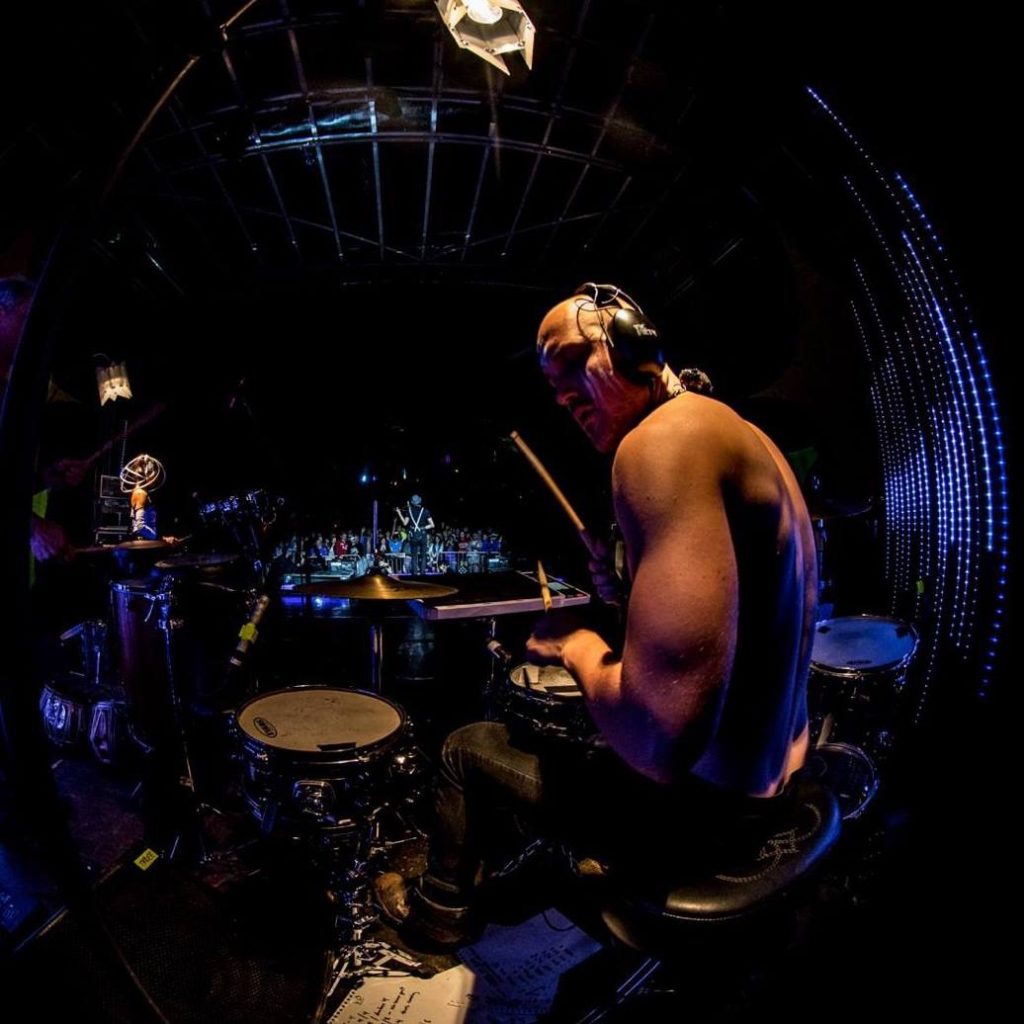 Pat Adams is a sought after drumset artist in the Kansas City area.  His work includes live performance, sessions, clinics and private lessons.

Striving to play many styles, he has played with virtually every notable KC artist.  Some gigs include playing with Quixotic Performance Ensemble, jazz legends Bram Wijnands, Bobby Watson, Mike Dillon, Phil Stacey, andMark Lowery to name a few.  Pat also plays regularly at some of the biggest churches in the KC area.

In 2011, after a developing a deeper interest in electronic percussion, Pat competed in the Roland V drums challenge and took second place at the national level. In 2012, he officially became a member of Quixotic Performance Ensemble and spent the majority of the summer touring nationally and internationally. Pat has written original music for the group that was performed at the Lied Center in 2012.  Pat also contributed to the TEDKC Event in September 2012, performing with the earth harpist Andrea Brooks.

Pat is a private instructor at Kansas City’s main drum hub, Explorers Percussion, where he conducts clinics and group classes as well as Music House where he maintains a long list of students.