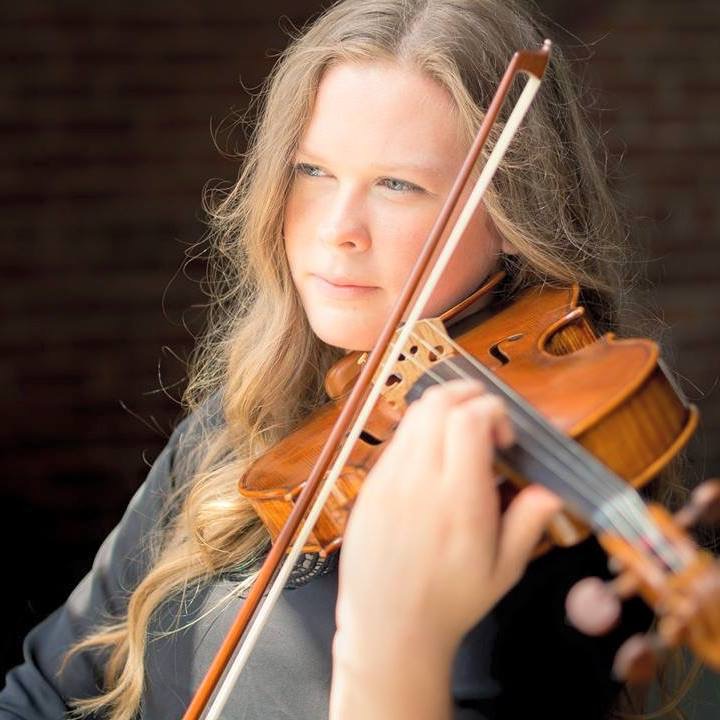 Alyssa’s passion for music performance and education has allowed her to develop a devotion to sharing multi-genre music with all. Her goals include ever improving performance, and helping connect people through various types music. In the summer of 2013 along with the help of her brother, Nick Bell, she founded Classical Revolution KC: an organization that strives to make live classical music performances accessible to people of all walks of life.

While in Kansas City she has been a part of several area organizations including the Kansas City Symphony, Topeka Symphony, Symphony of Northwest Arkansas, Kansas City Jazz Orchestra, Harmony Project KC, and is a member of Rewound and Mezzo String. Additionally, she has enjoyed experiences performing with artists such as Trans Siberian Orchestra, Peter Gabriel, Josh Groban, and Rod Stewart.

Alyssa has been teaching private violin and viola since 2009. In 2013 she received her Bachelor’s Degree in Music Education from UMKC, and in May of 2016 received her Master of Music in Viola Performance from the Peabody Conservatory of Johns Hopkins University. While in Baltimore she worked with various organizations such as Baltimore Symphony, OrchKids, Occasional Symphony, and Mid-Atlantic Symphony Orchestra. In 2016 she attended the internationally acclaimed Aspen Music Festival for orchestral studies, and attended the Heartland Chamber Music Academy throughout her high school and undergraduate years. Alyssa’s love for teaching and performing has motivated her to inspire people of varying backgrounds, including welcoming new-comers to the classical music world.