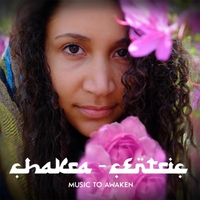 Father Mateo Vedra, was a Spanish born journalist that immigrated to the United States to become a High School teacher.  Married 1st generation Indian Samar Madan from Hawaii after the two met while attending Sacramento State University.  They both moved to Oahu to teach and look after Samar’s parents where they had a little baby girl, Amajie Vedra.  Music was always a very important part of Amajie’s life.  It was a mix of Spanish, Punjabi, & Hawaiian.  Amajie grew up in the late 90’s and was very influenced by hip-hop and electronic music.  Her parents were still very old-world with their musical tastes; nonetheless, they supported her full embodiment of music including her love of dancing.  Her debut Chakra – Centric explores many of these elements from her past while trying to merge into the future of consciousness.

There are no scheduled dates at this time